This morning I woke up feeling really rubbish. Last night I knew I was coming down with something due to feeling hot and cold at the same time (how?!), stuffy, extremely tired and achy all over. I was also emotional, (which was probably not helped by the fact we'd just watched the Perks of Being a Wallflower) but it's often a tell-tale sign that my immune system is starting to struggle.

When I woke up today, that emotion over whelmed me. I felt achy, tired (despite a good nights sleep) and wanted to hide under the duvet with tea on tap. But I was meant to be going out, a family occasion, something I'd really been looking forward to. Cue the guilt.

Many people might say 'You have a cold/flu/something like that, why feel guilty? It's not your fault!" but my little brain works differently. When I spoke to my hubby, I felt overwhelmed with guilt. I tried my hardest to drag myself out of bed in to the shower, but my limbs didn't want it. I was so upset, knowing that my best option was to stay at home, admit defeat and write today off. But there was the niggle in the back of my head that I had let him down, let everyone down, let myself down. I had it in my head that I've used up my 'quota' of sick days, especially recently. Reducing my medication has been tough, and I've missed lots of events/social outings/family gatherings because of it. Some days, I can't face the world and I'm struggling to accept that it's alright to be like this right now. It feels as though I've had this 'excuse' for long enough.

When I read back what I've written and when I think back to how I felt when I woke up this morning, there's this part of me that is sad. Sad because despite how much we as a society are starting to get there with combating the stigma around mental health, there's still this underling problem of those who have the diagnosis feeling guilty or ashamed. What are we doing to tackle this problem? It's this issue that is halting the recovery of so many, and to be quite frank, it's putting a dampener on my recovery too.

We're taught from such a young age what is right and wrong. As we grow up, society, and the people around us, 'teach' us the norms and values of where we live. We learn what is acceptable and what's not. But why are there still such blurred lines when it comes to mental illness? I can't speak for anyone else, I appreciate that, but from my experience, I feel bad when I don't conform. If I need time out from whatever I'm doing, I feel like such an inconvenience, a burden, a weight on the shoulders of my loved ones. And yet why does it matter? If I can't commit to things for a few weeks, does that make me a bad person? Surely there are other more pressing issues we should be concerned about, right? Right. But why is it that I'm still left with this underlying heaviness of guilt?

I did a bit of research surrounding guilt, and found that from a cognitive perspective, guilt is experienced when an individual truly believes that have caused harm to someone/something, whether they have actually done something wrong, or not. If guilt is persistent for a long period of time, it can change how we decipher our thoughts, and we start to develop dysfunctional coping mechanisms.

So, how do we change this on a wider scale?

I don't have the answer to that, but I do know how debilitating guilt from a mental health disorder can be. It eats you up and you can't stop thinking about what other people think about you, and how much of a failure you are. You start to worry that loved ones won't put up with you anymore, which in turn just makes you feel a heck of a lot worse in the long run.

If you know someone is struggling with a mental health disorder, give them time. I'm not saying don't invite them out, or do anything with them, in fact I would encourage more of it, but also accept that everyone has days where they don't feel like taking on the world, and that's alright. Sometimes all we want/need is a cup of tea and a natter, and we need to let ourselves know this is acceptable. I'm learning this slowly, especially since the reduction of my medication has made me want to hide away from the world some days. And yes, today I had to write off to a physical illness rather than a mental one, but that's okay too. We don't have a maximum number of duvet days, it just doesn't work like that, and if we tried to enforce such a rule, we end up jeopardising our recovery, whether mental or physical.

One idea that I really love is sending someone an e-card. Time to Change has a good selection of ones you can send to a friend for free. Just click on this URL. http://www.time-to-change.org.uk/take-action/send-an-ecard It's these little things that let people know you're there for when they want to talk, whenever that might be. 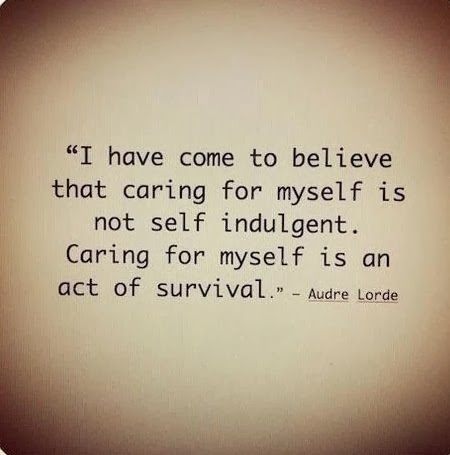